It Doesn't Take Much! 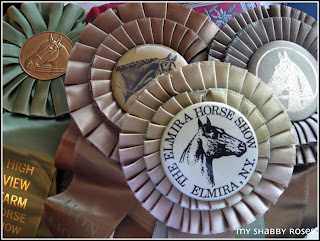 Isn't it fun buying items from Ebay or even Etsy!

Except that you paid for it...

You picked it out..

So you know what you're getting...

Come to think about it, it's just like Christmas!

It's even in a  package!

I get pretty excited seeing what I actually bought.

I know what you're thinking, "It doesn't take much" and I guess you're right!

Hope you have a wonderful day and do some shopping!

I Know My Floor Is Here Somewhere! 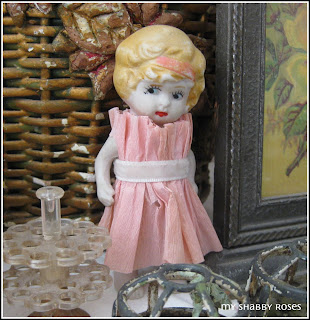 Wow, it's been a week since my last post.

What have I been up to?

As you know we are getting ready for Monticello's Christmas Show.

But, we are also busy right now with rehersals for an upcoming show our son is involved with.

His theater group will be preforming "Pocahontas" starting Thanksgiving week-end.

I thought about what I could show you, that is in the way of pictures.

Maybe the BIG mess in my house with furniture and crafts all over the place.

Or maybe the stack of laundry patiently waiting for me on a chair.

But, since I want you to believe I live in an imaculate house with everything in it's own place, I won't show you any pictures of the house.

I just want to say I'll be glad to find my house again, I know it's here somewhere!

I Found What Appears To Be Another Collection! 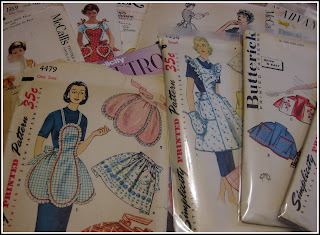 Ok, I think it's another obsession or maybe I should say collection!

I went into my studio today to find a pattern, just one pattern, that didn't seem too difficult.

Of course, I only use it around Christmas time.

I guess I must put it in a different place each time, as I didn't find it!

But what I did find was an ever growing collection of apron patterns.

Holy Moly, somebody stop me! 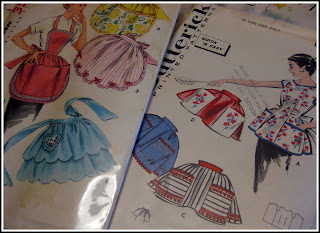 I think I've only used one of these patterns and that's been a few years back.

But, I  do love picking them up! 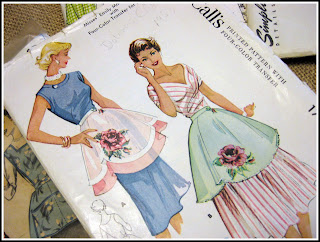 I enjoy the vintage pictures as much as anything.

So, I guess for the time being I'll continue to snatch them up because someday....yes someday ..... I just might use one of them! 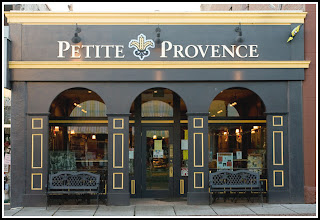 Today was a time for fun.

I took a small break from crafting, cleaning, school etc...

A dear friend of mine was celebrating a very special birthday.

So, a few of us got together and went to the Petite Provence,  a wonderful restaurant and bakery.

Don't you just love the name?

You wouldn't believe the desserts that passed by our eyes. 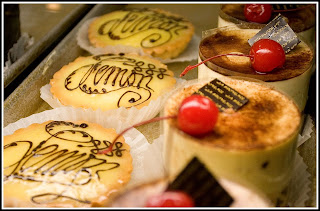 We weren't able to experience any as lunch was so delicious and I'm always so full afterwards.

But I plan on returning to experience something wonderful in their bakery. 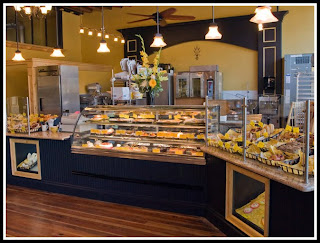 So, if you're ever in the area you might want to stop by the Petite Provence for something wonderful!

Maybe I'll see you there!

Some Of The Loot! 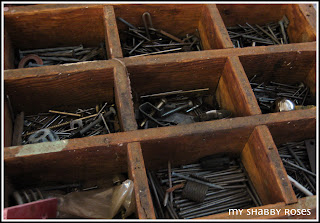 Well I've been off this passed week from school and it's been wonderful.

I have gotten a lot of crafting done but of course there's still more to do.

Since I was off on Friday I was able to hit one estate sale.

I didn't get a bunch of things but here are the few things I did get. 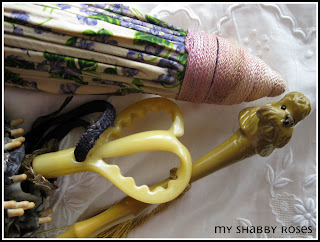 They were the hot item at this sale.

The ladies were all over them. 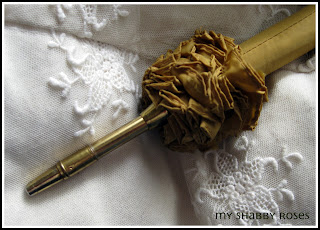 The sweet poodle umbrella has a double row of ruffles, one on the bottom and another on the top.

I picked up a couple of sweet vintage purses too. 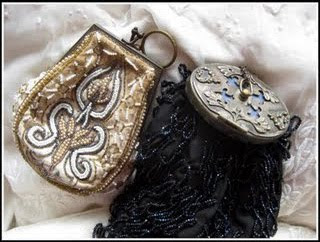 Here is what the inside of them looks like. 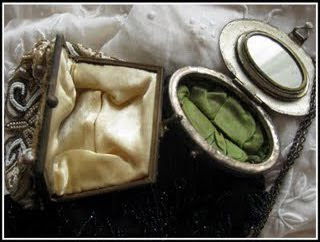 My first photo is a box of nails and other hardware.

Of course I bought it for the box.

The hardward (nails) had to go!

Here are a bunch of keys I picked up also.

I originally just wanted a few of them. 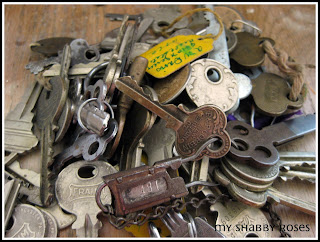 Can you see which ones I wanted?

I brought them to the man in charge of the garage and he didn't know why anyone would want old keys. 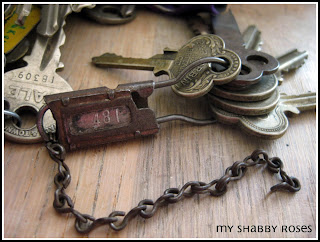 Now wouldn't you have bought them!

Well, I still have a lot of projects to do but I'm also getting a lot of them checked off my list!

Thank you for stopping by!

Patina
Hi, my name is Debbie. I'm a wife of 28 yrs to a wonderful man (my #1). I am also a mother as well as a teacher's aide to a class of 1st graders. More importantly, however, is I'm a child of the King, the Lord Jesus Christ. I love looking for treasures and most week-ends that's where you will find me! I also enjoy creating and dreaming of things to create! Thank you for stopping by!

Thought for the Day!

Romans 10:9,10 &13
If you confess with your mouth Jesus as Lord, and believe in your heart that God raised Him from the dead, you shall be saved; for with the heart man believes, resulting in righteousness and with the mouth he confesses, resulting in salvation.
For "Whoever will call upon the name of the Lord will be saved."